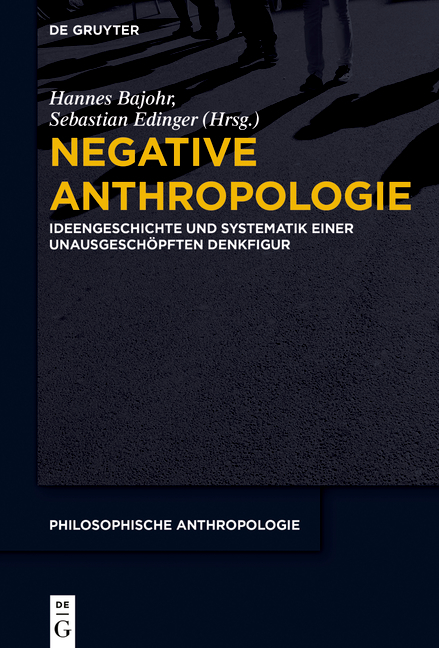 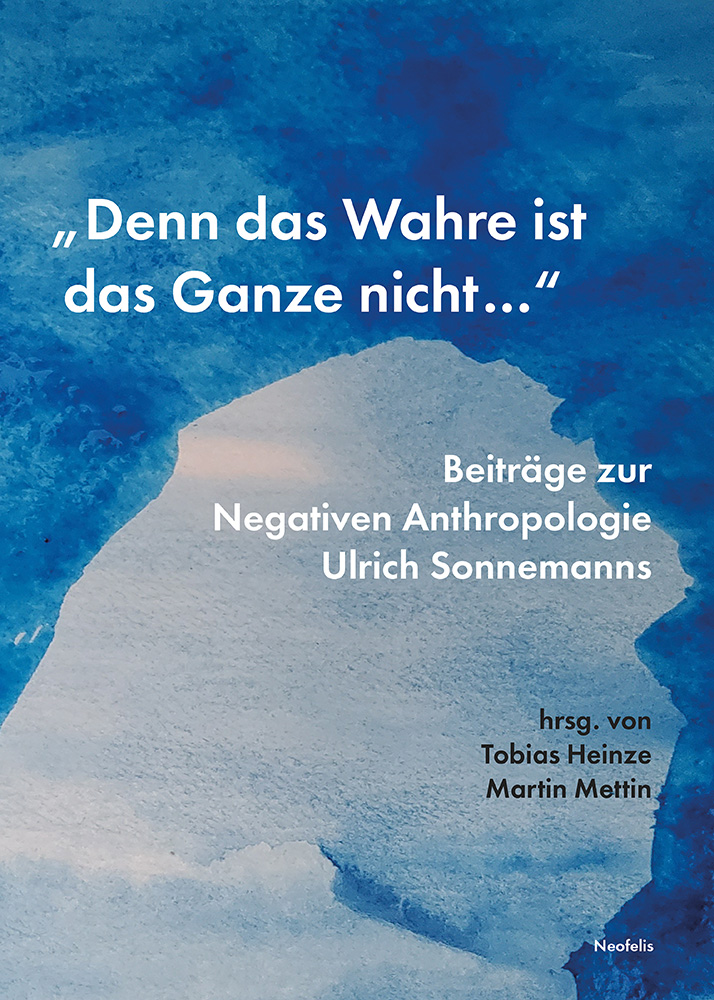 Two recent essays on negative anthropologyhave been published, a topic I have been working on for a while. What this term means and which philosophies can be found under this title, I have investigated for two anthologies.

In 1969, Ulrich Sonnemann published Negative Anthropologie . Its author was located at the periphery of tge Frankfurt School and Tobias Heinze and Martin Mettin now have dedicated an anthology to the book and its author. In it, I explore “negative anthropology” beyond the Negativen Anthropologie . I show that the term was not invented by Sonnemann but, on the contrary, emerged autonomously in various places, contexts, and times. Three basic meanings prevail: The human is undefinable or can only be approached by defining what it is not (apophatic anthropology); the human being is evil or dangerous (pessimistic anthropology); the human being is incomplete or decadent (defective anthropology).
Read the text can be downloaded (German).

These connotations can also be found in a number of philosophies that either use the term literally or can only be described as such retrospectively. In an essay for an anthology edited by Sebastian Edinger and myself – Negative Anthropologie – is devoted to four exemplary negative anthropologies. From Helmuth Plessner to Günther Anders to Hannah Arendt to Sonnemann himself, they stand for a spectrum of differently "strong" conceptions of what negative anthropology is. In a conclusion, I show that they continue to be of current interest, using three topics as examples: Posthumanism, the Anthropocene, and Transhumanism.
You can read the essay here (German).